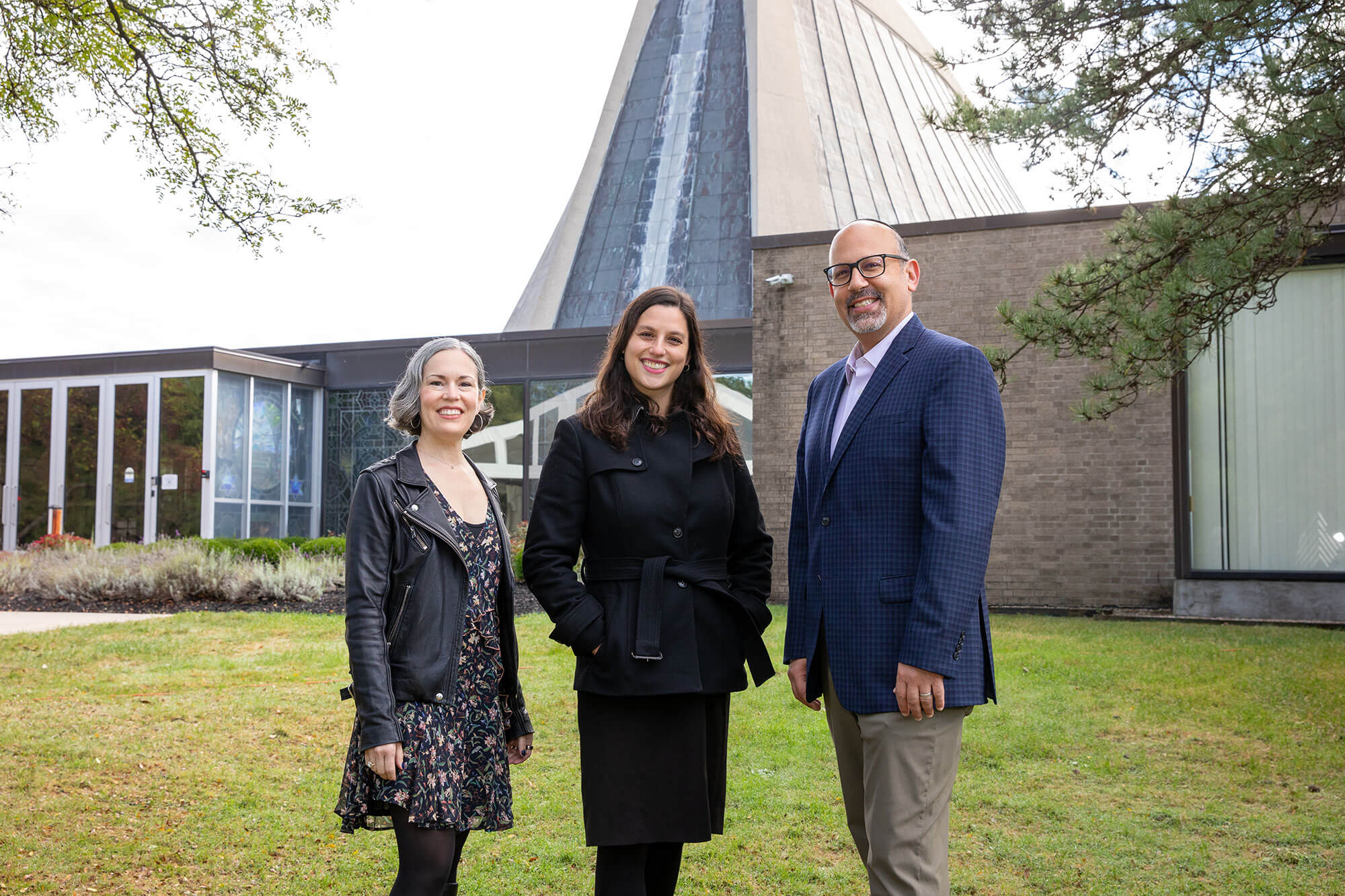 Jewish tradition teaches that clergy serve as k’lei kodesh (holy vessels) – to impart guidance, knowledge, and compassion. Our TBE rabbis and cantor are here to meet the spiritual needs of our Temple family, and to serve as models of positive Jewish living. 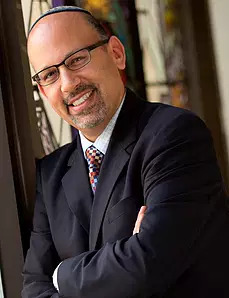 Rabbi Mark Miller serves as the Senior Rabbi of Temple Beth El in Bloomfield Hills, Michigan. He attended Northwestern University, where he received a dual degree in Psychology and History. Subsequently, he earned his M.A. in Hebrew letters and Rabbinic ordination from the Reform Movement’s Hebrew Union College-Jewish Institute of Religion.

Prior to arriving in Michigan, Rabbi Miller has worked at synagogues in Denver, Los Angeles, and Houston since 1993. He spent 11 years directing Jewish summer camps – first at Shwayder Camp in Colorado, then at the Wilshire Boulevard Temple Camps in Malibu. And one of his primary goals is to build on those experiences in the quest to create a meaningful Jewish paradigm in the emerging landscape of 21st century American life.

At heart, Rabbi Miller believes that Judaism embodies the human striving for holiness. When the Torah asks us to “be holy,” it is an invitation to teach and to learn, to love and laugh together, to share powerful moments of celebration and struggle … all for the greater good of strong families, bold communities, and a thriving society.

Beyond the four walls of TBE, Rabbi Miller embraces a wide range of professional passions. He currently sits on the regional board for the ADL of Michigan, the American Board of Livnot U’lehibanot, the Advisory Board for the Jewish Historical Society of Michigan, the Rabbinic Advisory Council for Tamarack Camps, and the Advisory Council for the Coalition for Black & Jewish Unity. He is also a proud member of the President’s Rabbinical Council of HUC-JIR, the national core-team for the Reform Movement’s justice initiatives, and the Interfaith Leadership Council of Metropolitan Detroit.

Growing up in Colorado, Rabbi Miller developed a love for the outdoors, joy for learning, pride for Judaism, and passion for the Broncos. He lives in Birmingham with his wife, Rachel Ann, and their boys, Mori and Abraham. In his free time, Rabbi Miller enjoys scuba diving, playing guitar, hiking, and watching reruns of the finest show in television history – The West Wing. He and Rachel Ann also take great pride in explaining to friends where their Shinola watches were manufactured.

Cantor Rachel Gottlieb Kalmowitz is honored to have served Temple Beth El since 2004. She is active in the national cantorial community, serving on the Executive Board of the American Conference of Cantors, co-chair of the Clergy Council for the Association of Reform Zionists of America (ARZA), and Financial Vice President of the Michigan Board of Cantors. Handpicked to perform songs from his musicals with legendary Charles Strouse and a District Winner in The Metropolitan Opera National Council Auditions, her talents encompass many genres. When not busy with liturgical music, Cantor Gottlieb Kalmowitz is often sought for recital and concert work, including regular performances with Great Lakes Chamber Music Festival and annual musical theatre concerts.  She has also performed with local jazz great Cliff Monear and his trio, sung at Comerica Park, and spoken at the AIPAC Policy Conference in Washington D.C.

Rachel considers her role at TBE to be one of creating sacred moments for and holy relationships with her congregants, through her music, her words, and her humanity. Music Shabbat, generally the first Friday of every month, is one of her favorite additions to the music programming, as talented congregants join together to create a spiritually uplifting and musically rich experience. Rachel brings quality music programming to TBE, as well as working with the Rabbis and other senior staff to create meaningful services, worthwhile educational opportunities, and community-building programming. She loves working with all ages, sharing her love of Jewish music, and helping to determine the direction of our beloved congregation.

Prior to assuming her position at Beth El, she was a resident of New York City, where she had a rich variety of musical experiences in opera, musical theatre, and concert work, with conductors such as Kurt Mazur, Leon Botstein, and Robert Spano. As soprano soloist, she has performed an extensive repertoire, including Mozart’s Mass in C Minor, Bach’s Magnificat, and Orff’s Carmina Burana. Favorite opera roles include Gretel in Hansel and Gretel, Despina in Così fan tutte, and Monica in Menotti’s The Medium. She had principal roles in Singing With My Demons and Moses, My Love, new plays premiered in New York City, and won a Grand Award for her work as Clara in Sondheim’s Passion. She was also a District Winner in The Metropolitan Opera National Council Auditions, and is a soloist on the compact disc of Jack Gottlieb’s music, released for the Milken Archive of Jewish Music by Naxos. She is currently working on her first CD.

Committed to performing new works, Rachel was the soprano soloist in premieres of Ever Since Babylon and Reconciliation by Dr. Samuel Adler, as well as Leave Song by Steve Ricks, which was the featured work at the 2000 conference for the Society of Composers Inc. Under her leadership, the Temple Beth El Choir premiered Ahava, Ashan, Chalom (Love, Smoke, Dream), the winning composition of the 2009 Young Composer’s Award, sponsored by the Guild of Temple Musicians. Rachel received her cantorial certification from Hebrew Union College-Jewish Institute of Religion and a Master of Music in voice performance from University of Michigan, with degrees from Eastman School of Music and Interlochen Arts Academy. Rachel currently lives in West Bloomfield with her husband, Carey, and daughter, ilana. 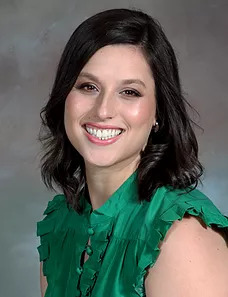 Rabbi Megan Brudney is proud to serve Temple Beth El with a particular focus on youth and young families. She enjoys building community through the study and performance of diverse Jewish texts, from Torah to contemporary poetry to cookbooks. Rabbi Brudney particularly finds inspiration in studying traditional Jewish law and applying its wisdom to today’s Reform context.

A songleader with over thirteen years of experience, Rabbi Brudney has previously worked as a spiritual counselor at Beit T’Shuvah (a Jewish rehabilitation center for addictions in Los Angeles, CA), and has interned at Kavana (Seattle, WA), Temple Sinai (Atlanta, GA), and Shir Ami (Castro Valley, CA). Prior to her rabbinic studies, Megan lived in Washington, DC, where she worked for PANIM: The Institute for Jewish Leadership and Values. Megan hails from Athens, Georgia – the home of the Georgia Bulldogs – and holds a bachelor’s degree from Duke University, as well as a master’s from the Hebrew Union College. Rabbi Brudney is tremendously excited to be here building her home in the greater Detroit area. 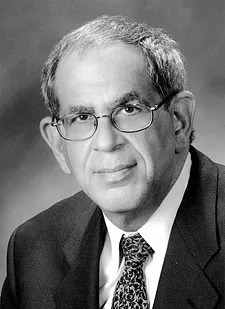 Lifestyle magazine’s readers once voted Rabbi Daniel B. Syme one of the 18 North American Jews “who will be most influential in shaping the future of the Jewish community in the 21st century.” To this day, Rabbi Syme continues to draw on his life’s experiences to bring compassion, caring, and determination to the Temple.

Syme spent 24 years with the UAHC (now Union for Reform Judaism), including three years as senior vice-president. He oversaw all of the UAHC’s programs, including his special interests of outreach, television and film production, and the Task Force on Youth Suicide Prevention.

After graduating from the University of Michigan with Phi Beta Kappa honors in 1967, Syme was preparing to continue his education and accept a fellowship in psychology. However, at age 20, a near fatal bout of cancer changed his life forever. Prior to surgery, he asked his father, Rabbi M. Robert Syme, to get him an application to the Hebrew Union College. He said that if he recovered he was going to devote his life to God.

That vow held true, and five years later Syme was ordained from the Hebrew Union College, Cincinnati campus in 1972.  While at the HUC, he won the Farb and Hebrew Prize, the Sulzberger Award in Homiletics and the Lazarus Prize for Academic Excellence.  He also earned a Master’s Degree and a Doctorate in Education from Columbia University Teachers College, and taught at the New York campus of the Hebrew Union College – Jewish Institute of Religion.

His intense drive led to numerous accomplishments as both an author and executive television producer. He is a published author or co-author of 24 books, on topics such as Jewish parenting, youth suicide prevention, Christian-Jewish relations, Jewish social action, ritual, theology and Jewish education.

His books include Finding God; The Jewish Home – A Guide to Jewish Living; Why I Am A Reform Jew; What Happens After I Die; Drugs, Sex and Integrity, The Jewish Wedding Book; The Book of the Jewish Life; and 100 Essential Books for Jewish Readers. Syme has also been the executive producer for seven UAHC television programs, including “A Conversation with Menachem Begin,”  “To See the World Through Jewish Eyes,”  “A Conversation with George Burns” and Choosing Judaism.”

Syme has been very active in national and international organizations, serving as vice president of the American Zionist Youth Movement, director at large of the Board of the Jewish National Fund of America, a board member of the United Israel Appeal, and as vice president of the American Zionist Movement.  He was one of the first chairmen of the Coalition for the Advancement of Jewish Education, a board member of the Memorial Foundation for Jewish Culture, the Executive Boards of the National Council for Jewish Education, and the Ecumenical Institute, and was Co-Chairman of the Coalition for Jewish Unity.  He was honored as a Knight of Charity by the Pontifical Institute for Foreign Missions (P.I.M.E. Missionaries) in 1997, elected to the Board of the Economic Club of Detroit in 1998, and received the Justice Louis D. Brandeis award from the Zionist Organization of America in 1999. In 2010 he was inducted into the prestigious Rev. Martin Luther King, Jr. Board of Preachers of Morehouse College in Atlanta and in 2012 was presented with the Community Leadership Award by the American Jewish Committee.

Rabbi Syme is married to Dr. Jill Syme, and has one son, Joshua.